http://buduclan.de/music/music1/mp3/Affentheater-Ses233-021114-M-Audio-MasOz-Tri-End-Lim.mp3 At the very end of our last session slipped a bloody, raw punk
out of our sleeves. . . how naughty it was spewed – Ugh !

The video is enigmatic. . . Who sees nothing and hears nor speaks,
must be wondering what this is all about . . .and if there is one who
understands something of gardens, then the monkeys !
But even the monkeys were subjected to the delusion of normalization
and must now again only learn what they actually already knew. . . .
– totally crazy ! [flv]http://buduclan.de/wp-content/video/Affentheater.flv[/flv]


. . since a swarm of hornets buzzing through the scene. . .
Penertrant and just go on forever, he sucks his fingers through his piece!
With much shouting and Gitarrengelärme, he is after 10
minutes in combat then it moves to the soft. 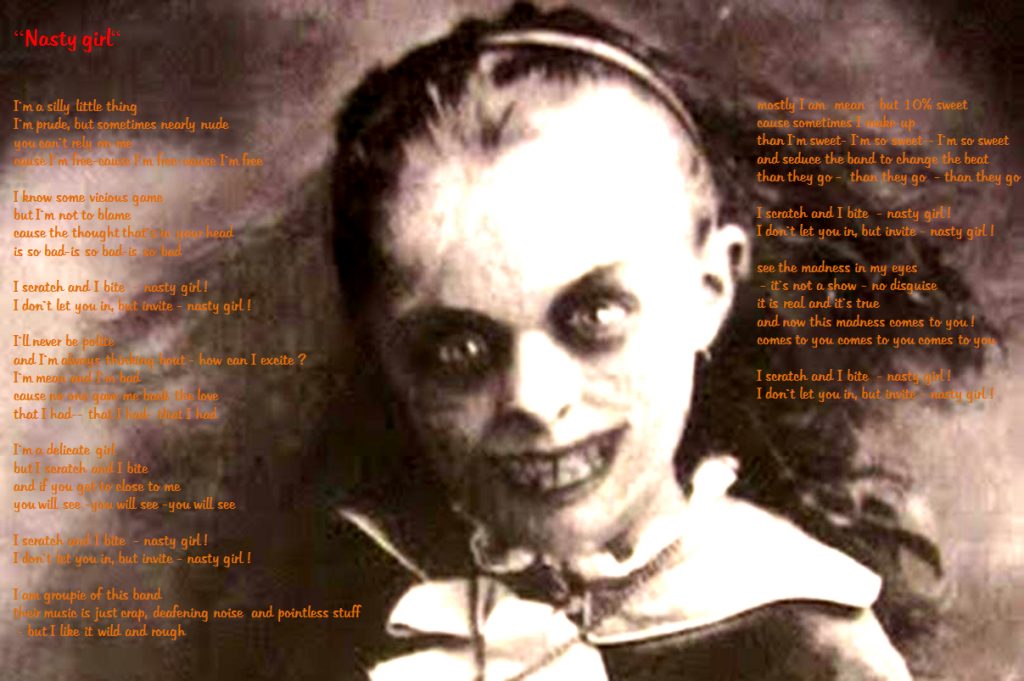 
We are never alone because we are always part of the whole. If this link is lost, it may be that we feel alone. . . then it is not really nice in paradise … and who is to go to hell, I do not quite know exactly, because I know none to whom I would wish.

http://buduclan.de/music/music1/mp3/Cmeh-Ses274-271116-M+H-MasOz.mp3 As usual, it begins resolutely indecisive. . .a banjo scrawls initially comically to atonal through the area until it seems that it has found its way. . . but this route leads directly into the underground. . .
First only threatening, then aggressive, it goes on a racy ride
downhill. . . Enjoy the ride, but hold on tight !

http://buduclan.de/music/music1/mp3/Wird-Blueinthegarden-Ses197_1702-M-Mix01-MasOz.mp3 Whether it is perceived as quality, if 3 experienced musicians,
who knows more than 3 riffs, suddenly playing fresh, bloody and raw punk, just like other young people can, like any judge for themselves. It happened like this. . .
Hardy told beforehand by his attempt to just break open and
to photograph very blue crocuses and his surprise that
said the little blue peaks suddenly and completely disappeared,
as cause he wanted, because the sun had retired. . .

It starts quite “harmless” to. . . but then “point” release it almost abruptly,
turns entirely on the atonal, then starts again in tonality,
parodied the theme and ending perplexed and undecided. . .