During the break told Hardy, the engine of his car had croaked. . .

Although the cause was not a gear, but the gear into a depressing feeling (soulless)

Machine to be known, probably each. (A congenial version of “getting out of here”)

The wonderful “abgewürgte engine” and especially the landing helicopter, which in its

The machine is fighting so to himself, in the first part turns unexpectedly down a gear

is the tank that niederwalzt martial everything, and then this helicopter. . .

until the engine finally spits oil.

Yes, we are part of this violent society! – Unbearable, as you can hear.

Desert Storm was the code name of the U.S. military action in Iraq.
The war always begins with lies – and that he is lost, if it starts, is known.
This cut is both against the war and against fanaticism, because BOTH violates dignity and freedom that are the parents of all good things.
From tender banter looking his way, the song develops into a storm, all the tears away. . . .
and in the background the guitar annoying bleating non-stop .. . .
How colorful this desert, as the bloodthirsty attack (remember the photo of Saddam
Hussein in the Abyss). . .

http://buduclan.de/music/music1/mp3/OhLord-Ses225-160214-M-Mic01-MasOz.mp3 A real story as a radio play :
As one strolls cool and smart through the city. . .
turns around the corner and does not trust his eyes !
A man lies on the floor of the walkway in this cold, wrapped in a lot of blankets
. . . so not “cool”, but incredibly cool!
Stunned about which degree must have occurred from brutalization ,
around here to be able to pass without compassion. . .
he screams : “Beat my heart .. my heart beat ..! ”
Unstoppable , the piece slides more and more unbearable :
Overpowering a monstrous space in which one opens desperate
trying to make itself heard : Beat my heart !
Turning around in a line . . ? This is not so ! (Hence the desperation ) .
Respite. . .. . . yet it gets worse !
Oh Lord ! then the evil is presented unvarnished …
and because he seems to be far away sooo , the concern is
Here articulated accordingly loud . . .
Respite …
then : “once we had a golden dream” – of compassion and togetherness.
The real story then ends with a discreetly under the beer bottle
pushed bill – not as a drain , but from genuine compassion !
This piece will LOUD Vedas heard!
This pandemonium was also live so unbearably loud and ( by means of several of superimposed loops) fat that our bass player briefly hearing reduced to the left channel – sorry for that !


Then three come from completely different directions and unite to an
irresistible, wind-driven groove.
Into this energy commands are grumbled. . . and shrieked with horror. .
to end in the end in a love affair.

This is`nt only a nasty lovesong, it is a lovesong dedicatet to Nasty,
who I like to introduce later. Nasty loves horror movies a lot, so I hope
she likes this rough and atonal sound.
And because this love is deep, one can wait for NastyLovesong No 2,
No 3, etc. . . 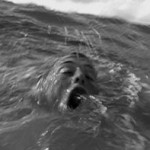 http://buduclan.de/music/music1/mp3/Cmeh-Ses274-271116-M+H-MasOz.mp3 As usual, it begins resolutely indecisive. . .a banjo scrawls initially comically to atonal through the area until it seems that it has found its way. . . but this route leads directly into the underground. . .
First only threatening, then aggressive, it goes on a racy ride
downhill. . . Enjoy the ride, but hold on tight ! 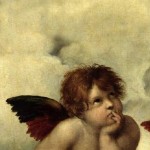 That does not fit so well. . .
Angels do not cry ! . . and they do not drink at all,
for they are the idea of the immaculately good.

http://buduclan.de/music/music1/mp3/Spit-Ses267-280816-M+H-Mix01-MasOz.mp3 With 2 new cuts, BuDulan returns from the summer break. Not that there was no music. . Every year I bring a song of my summer sea voyages: ” Here I am “. Disoriented and lost, the play seeks itself,
. . . until a sound like an annoying insect buzzes through the scene,
attracting all attention and and finally finds back the Lost NOW.

http://buduclan.de/music/music1/mp3/Butterfly-Ses226-310314-M-Mix01-LIM.mp3 I am sending deep compassion for the people in Donetsk / Ukraine. I hope you find some comfort in my music. . . Drrramatical, trrragigcal..: the unbearably tenacious and unlucky fight of fruitless desire and inescapability..! BuDuClan is becoming more and more reduced because the good basic pattern is a simple one. You decide for yourselves whether the theme is flogged to death or comes to shine. At the beginning you can watch and enjoy the theme lingering about trying to find itself, then attempting again and again to maintain the tenderness on the one hand and not to give in to the unavoidable defeat. Depressing – like the old “Genesis” – this piece sways between rage and sadness, tilts from tender to hard and just does´nt come to a point but remains stuck in a hapless Sisiphos-trap…

http://buduclan.de/music/music1/mp3/Finaly-Ses215-290913-M-Mix01-MasOz.mp3 It begins as a melancholic ballad, takes ride on, ventures into intolerable atonality . . . then it tries to find ground again, but then it challenges again the unbearability . . .

http://buduclan.de/music/music1/mp3/Haveyouever-Ses220-231113-M-Mix01-MasOZ.mp3 Have you ever kissed the sun?
Have you ever drunken Oceans full of love?
already says everything: presumptuous, unbearable and violent – yes, almost vicious !