http://buduclan.de/music/music1/mp3/Repeatyourself.mp3 Annoyed of this constant routines. . . Here they are as a reminder to keep up the attention.

If BuDuClan says “everything to pour out of his sleeve,” I risk my credibility with this cut, because it is not-as-usual in the middle part to get collage. . . As usual, the resulting “flow” was taken, and leave everything in place, the organ and synthesizer sounds cello had, however, “resorted” Vedas. As a melancholy ballad one Rockmummer is, then the “atonal free” to change and then the opening theme re-record, but this time energy to ultimately “to party” in a twice as fast Powerrock passage remains the listener while locked up he noted at the. . . in your head it is working, “the Gesaltlosigkeit the free passage just this illustrates how even be i”. . . this night is too long “, the duration and the feeling it must be heard!
The “upset” of course, first, because it violates all the listening habits. . .
The song length exceeds the usual level a lot (15 minutes),
Stylistically disparate elements such as free jazz ballad and become a cohesive
Meaningful unit together, which is more than crossover. . .
Content, it is something that everyone knows. . .
Experienced, that’s deep, but below the level of consciousness is driving his nature and does not let go. . . it is noticed, it leaves a distraught back and robs a sleep. . . and then the night is way too long!

BuDu fights! BuDu complains not only – BuDuClan is too!

Whoever complains about the current state of our society and

perceives the inhumanity of her should not be surprised to be their victim,

In these times, which already in the 1930s by Chaplin (Modern Times)

Always want to have this “right” – there are more important things! 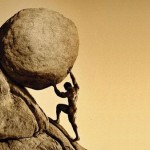 Every day the same . . the dust is falling, dirty crockery grows to mountains, the rubbish bag becomes ever plumper, the bread is all, etc.. . Routine is at the same time the greatest enemy of inspiration and the ground on which it grows!

http://buduclan.de/music/music1/mp3/Comingnear-Ses237-010215-M-Mix01-MasOz.mp3 Those who love the atmosphere in this song should also listen to “Hours after midnight” !

http://buduclan.de/music/music1/mp3/BadBody-Ses197_1702-M-Mix01-MasOz.mp3
Lamenting the guitar stands in front of a somber, wide space. . .
Lead Heavy, but inexorably, then the whole thing rolls inexorably forward. . .
until then (thank God) disappears in the distance.
In between times of screaming as if he had “` ne screw loose “- already
alone because of this impossible diction: “Poor dead body has”.
Yet (the schoolmaster might whip out their red pencil), the singer has certainly
knew what he meant. . . hinfühlt and who understands that too. . ! – Anyway!

This song is about what you carry with you at all, and at the other end of the world

not get rid of – himself. . vm mornin